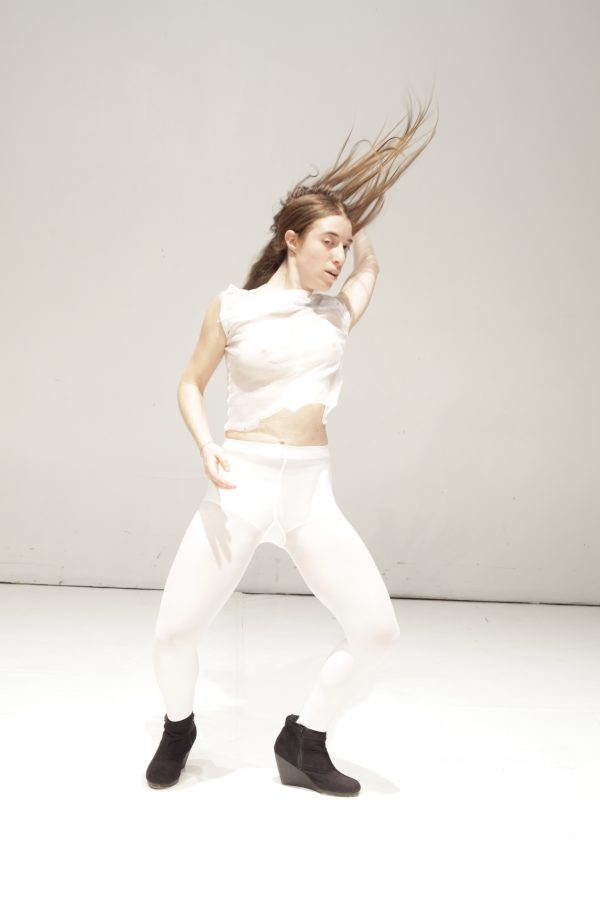 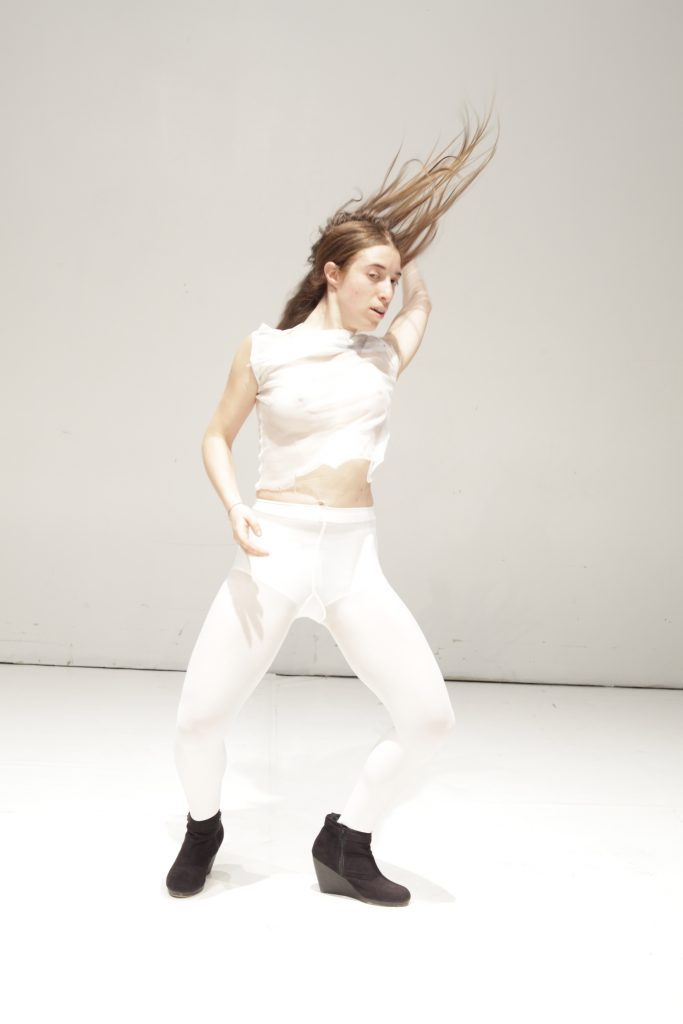 Minimal Dance is a work in progress that is built around the search for a “minimal reality”. In this project sound is an entity, a memory that echoes in my body generating a presence and a visual memory emerging from the gestures in the mechanism of the dance.
The sound that the audience hears is a solid and neutral volume that goes together with the scene replacing silence. It doesn’t seek to meet the movements of the dancer, rather it comes as a part of the scene: it is an object of the scene.My “minimal reality” project has began by listening to techno music with headphones as a means of experimentation to come to perceive myself in a given physical and emotional state.The state of trance is achieved in an enigmatic way, that is to say, my own consciousness weaken or even transforms itself in order to let euphoria pervade my body on a cellular, epidermal and physic level.From the text “Techno-Trance” by Gianfranco Salvatore:“After a techno-trance night what is left is the feelings that we have celebrated an experience that collocates itself not only on a hedonistic level […] them use their own bodies as a battery creating an energy able to create extreme experiences by listening to this organized sound”.The hearing of this specific kind of music, which is formed of short melodic cells that creates an obsessive repetition of schemes, led me to the manifestation of instant rhythmic figures creating a specific choreography characterized by severe gestures, impersonality and emotional detachment.The person finds himself in a state of entasis and exaltation where his emotions are re-absorbed rather than come out in a state of ecstasy.

Selected project by Perypezye Urbane, announcement “Images seen from Above” for artistic residence at Studio28, Milan.Winner of the first edition of Open Stage at the Pim Off to Milan (ten-day residency at the Pim Off) with the final presentation of the work to the public and operators.